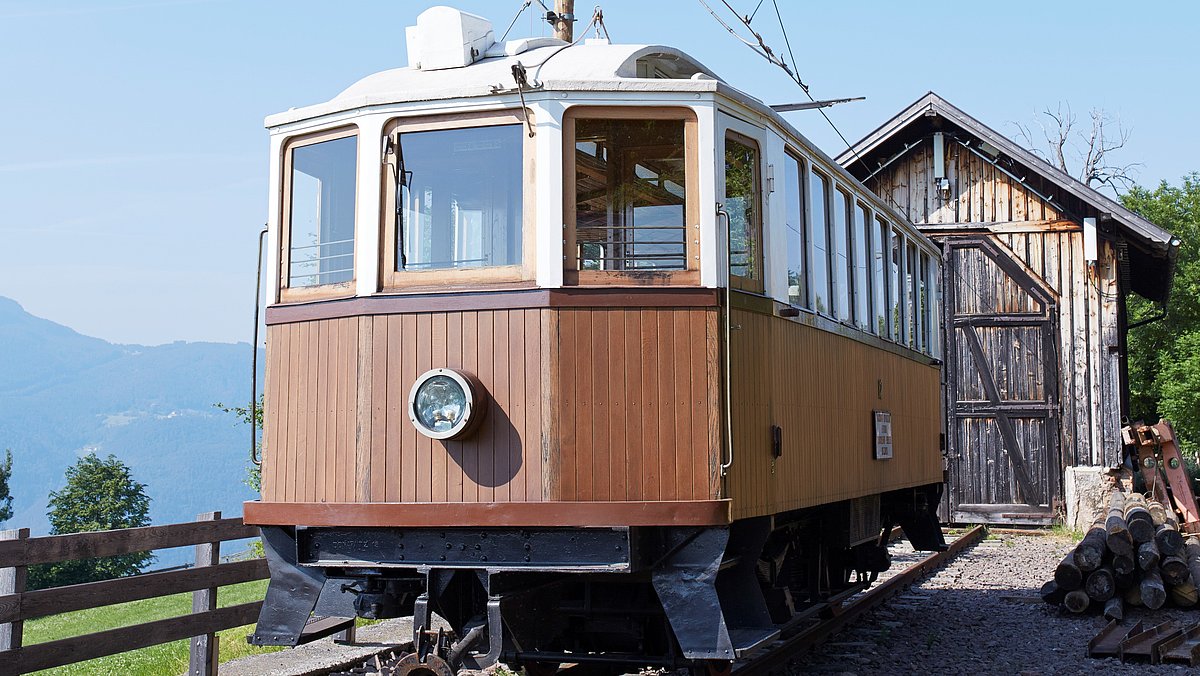 The narrow-gauge trolley with a widespread appeal

On 13 August 1907, the Renon/Ritten light railway set off on its very first voyage.  A photo exhibition at the station in Soprabolzano/Oberbozen now recounts the history of the popular narrow-gauge tram or “Bahnl”, as the locals affectionately call it.

The Renon/Ritten light railway was the only narrow-gauge trolley system in South Tyrol to survive the rapid advance of automobiles. And what was initially owed to the far-sightedness of a handful of committed enthusiasts has turned out to be a stroke of luck: In its 115-year history, this environmentally friendly means of transport set against the dramatic Alpine backdrop of the Renon/Ritten plateau has lost none of its appeal – on the contrary. Today it is more relevant than ever, as it helps to protect the picturesque landscape it serves.

From the city centre to lofty heights

The Renon/Ritten narrow-gauge trolley system was originally built as a steep-grade railway similar to its Swiss counterparts. Initially, the journey began directly at Piazza Walther/Waltherplatz in the centre of Bolzano/Bozen, only to climb some 1000 metres of difference in altitude to L’Assunta/Maria Himmelfahrt on the quaint plateau of Renon/Ritten with the help of a cogwheel drive. From there, it continued for almost 7 km through lush woods and meadows to Collalbo/Klobenstein. At the time, the journey from end to end took a total of 84 minutes.

In 1966, the cogwheel section of the track from the city to Soprabolzano/Oberbozen was discontinued and replaced by an aerial lift with gondolas. In May 2009, a modernised tri-cable lift with ten gondolas was put into operation.

Over the course of the last few years, both transport systems serving the Renon/Ritten plateau including all cable-car stations, train stations, depots and forecourts have been completely renovated or redeveloped. But in spite of its state-of-the-art infrastructure, the unique charm of the route remains intact – with modern train sets now running every 30 minutes in each direction. From time to time and on special occasions in particular, the historic railcars, too, are brought back into use.

Both the light railway and the cable-car are managed by the government-owned company STA – Südtiroler Transportstrukturen AG/Strutture Trasporto Alto Adige SpA.

Several activities will mark this year’s anniversary, including a photo exhibition detailing historic moments alongside fascinating glimpses and insights about the much-loved narrow-gauge railway.

There will be a small celebration on Saturday 13 August to mark the big anniversary, followed by a Bahnl Day, a Bahnl Evening, a Bahnl Festival and a number of Bahnl-themed guided walks throughout September and October.

Click here for the schedule in German or Italian.