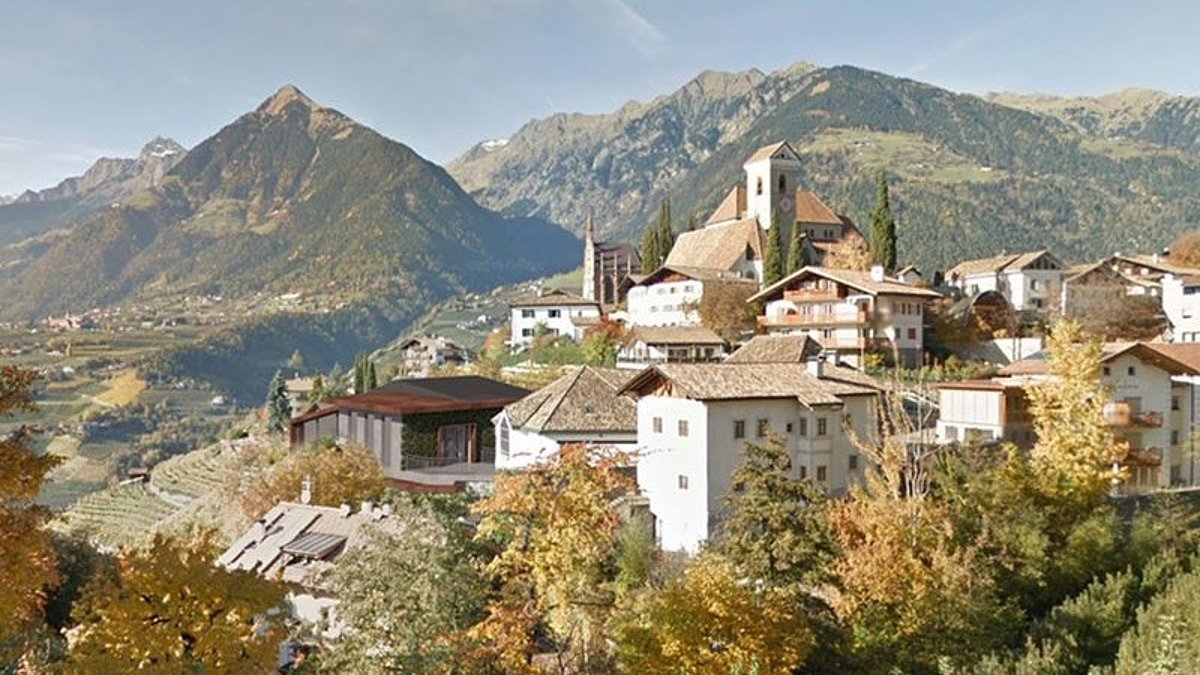 On 30 August 2022, the provincial government gave the green light for a project to build a funicular between Merano/Meran and Scena/Schenna and significantly expand the range of bus services in the area. The project portfolio is now on its way to Rome, where the next step is to secure funding from the Italian National Recovery and Resilience Plan (PNRR).

Improved mobility in and around Merano/Meran, with an emphasis on sustainability: At a recent event organised to present the project, the South Tyrol Minister for Mobility – alongside Martin Vallazza, head of the Provincial Government’s Mobility Department, cable-car engineer Andrea Boghetto and mobility expert Stefano Ciurnelli – outlined the principal motivations behind the plan to construct a funicular between Merano/Meran and Scena/Schenna and boost the range of buses serving Merano/Meran, Scena/Schenna and Tirolo/Dorf Tirol.

On 30 August 2022, the South Tyrol government officially classified the project as necessary and approved it – a crucial step in order to receive money from the Italian National Recovery and Resilience Plan (PNRR), a fund aimed at subsidising sustainable mobility projects. To this end, a preliminary project portfolio will shortly be submitted to the government in Rome.

The proposed design includes a single-track solution consisting of two trains – with a maximum capacity of 180 passengers each – shuttling between two main stations, with the line departing from the Karl Wolf car park in central Merano/Meran and ending at the clubhouse in the heart of Scena/Schenna: From Merano/Meran, the route runs through a tunnel in the direction of Scena/Schenna, passing through the business park of Tirolo/Dorf Tirol – where a first stop is planned to serve as a key connecting point for passengers travelling to or from the Passiria/Passeier valley. The train then continues along the right-side bank of the river Passirio/Passer, which it eventually crosses on a viaduct ahead of the cycle bridge. After that, the train stops for a second time near the Scena/Schenna sports grounds, before making the uphill climb to Scena/Schenna in a tunnel.

The total horizontal length of the route, i.e. the distance covered if you were to string a rope from the station in Merano/Meran to the one in Scena/Schenna, is 2.75 km. The journey is calculated to take 9.3 minutes.

Alongside this project, there are plans to launch an electric Bus Rapid Transit (BRT) service covering a distance of about ten km with around 20 stops to connect key points in the city: Merano/Meran train station, the hospital, the Karl Wolf school complex, the valley station of the Scena/Schenna funicular, the thermal baths, the city centre, the river-side promenade and the funicular station in the Monte San Zeno/Zenoberg business park of Tirolo/Dorf Tirol. The vehicles – twelve 18-metre buses with room for 130 passengers each – will be provided by SASA, an in-house company of the province.

In Tirolo/Dorf Tirol, too, the bus connections will be increased to better link the village centre with the chairlift to and from Merano/Meran.

According to technical calculations, this new mobility solution for Merano/Meran and its surroundings will bring a whole host of benefits: It has the potential to reduce traffic caused by private cars by 26% and public-transport travel times by 10%. In addition, carbon dioxide emissions can be lowered by 1400 tonnes per year. In total, the use of public transport would increase from 22% to 42%. Each day, the funicular is estimated to transport 6,700 passengers, while the extended bus lines are expected to carry 9,000 people per day.