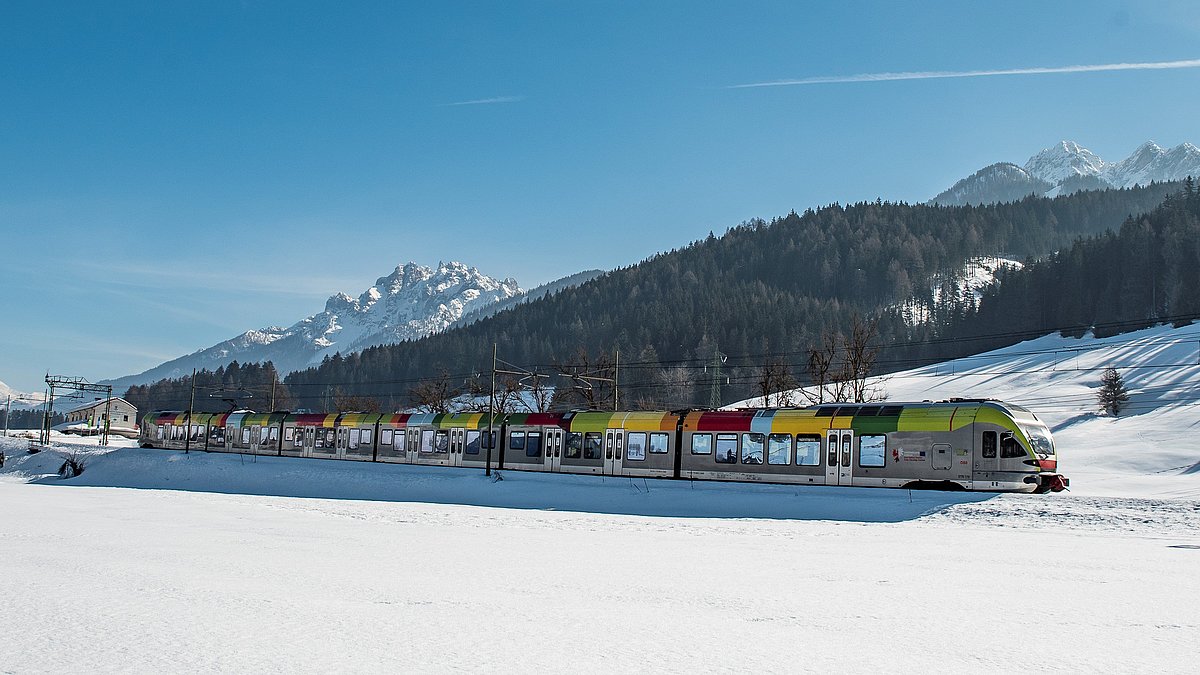 Christmas presents for the rail network: The South Tyrol government and RFI have allocated fresh funding for construction and maintenance works as well as for safety measures.

Shortly before Christmas, the provincial government decided to top up the investment into its in-house company STA – Strutture Trasporto Alto Adige SpA/ Südtiroler Transportstrukturen AG – with an additional EUR 13 million. The majority of these funds, amounting to some EUR 7.6 million, are reserved for extraordinary repair and maintenance works on trains. Around EUR 2.5 million will be used for slope stabilisation measures along the Venosta/Vinschgau valley railway line, the Renon/Ritten light railway line and for the Mendola/Mendel funicular. A total EUR 4 million are earmarked to cover the additional costs incurred in the construction works on the Monte Giuseppe/Josefsberg tunnel, ensuring that services along the section between Merano/Meran and Tel/Töll of the Venosta/Vinschgau valley railway line can resume next autumn as planned.

The scheme includes plans to add a new bicycle rental station and carry out minor construction works at Silandro/Schlanders station. At Prato all’Isarco/Blumau, noise barriers will be put up alongside the Brennero/Brenner railway line.

Val Riga/Riggertal valley and Bressanone/Brixen: works put out to tender

At the turn of the year, some first concrete steps were taken with regard to the Val Riga/Riggertal valley line: In mid-December, the Italian rail network operator RFI published an invitation to tender for the implementation plan and construction of the new railway line crossing the Val Riga/Riggertal valley in the Official Journal of the European Union. With the project partly financed with funds derived from the Italian National Recovery and Resilience Plan (PNRR), the tender is worth EUR 143 million.

In parallel, the track plan at Bressanone/Brixen station will be redesigned. With EUR 25 million budgeted, RFI has now also published a competition for the tender project and for the construction work. It encompasses a reconstruction of the track layout, the adaptation, elevation and – to some extent – new construction of the platforms as well as an extension of the subway. The Val Riga/Riggertal valley line and the redesign of the track plan at Bressanone/Brixen station are core elements of the plan to introduce a new timetable model to rail traffic across South Tyrol.