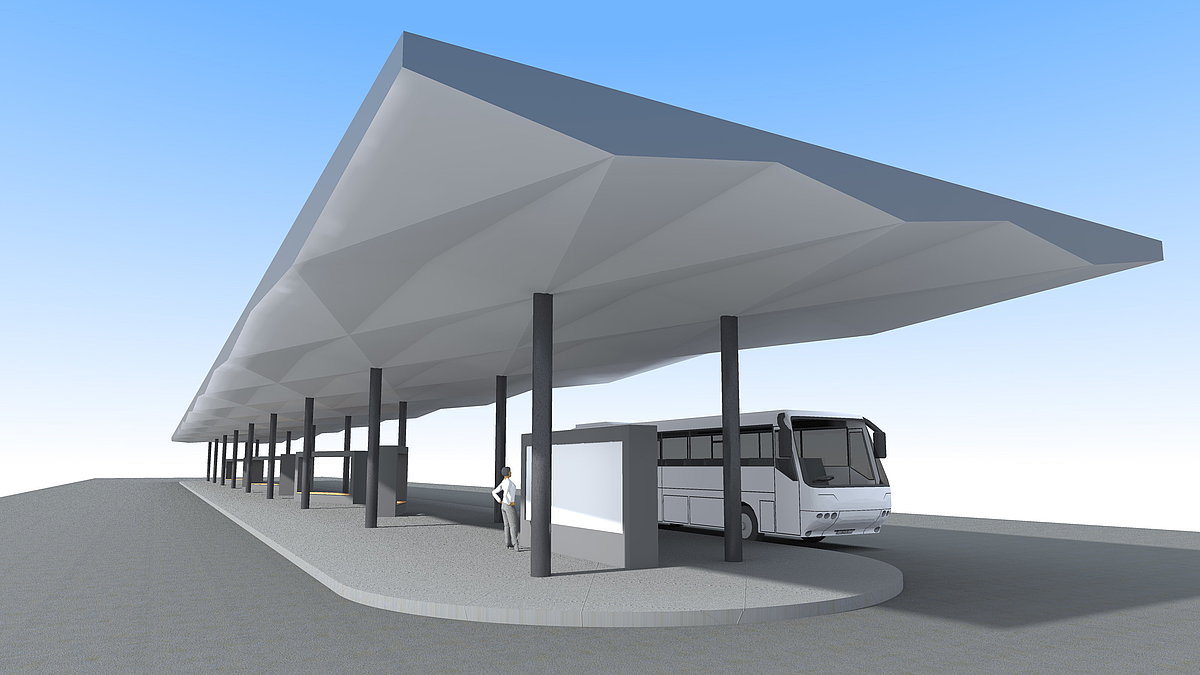 "Transfer made easy" is the motto of a new project to completely restructure the Brunico/Bruneck train station forecourt. The redevelopment includes new parking spaces, a modernised bus station, new access roads, plenty of parking for bicycles and an extended pedestrian subway to the platforms.

Jointly owned by the city of Brunico/Bruneck and STA (Südtiroler Transportstrukturen AG/Strutture Trasporto Alto Adige SpA), the area covers more than 22,000 m². With the contract between STA and the building firm now signed, the first construction phase is ready to be launched and will see the development of 230 car parking spaces and a whole new bus terminal modelled on the one in Bolzano/Bozen.

Brunico/Bruneck station and its forecourt make up the number one mobility hub in the Pusteria/Pustertal valley: On school days, some 3,000 people board a train or bus here. That's reason enough to upgrade this neuralgic point of public transport, structure it more clearly and equip it to meet the requirements of flexible and sustainable mobility.

In recent years, trains running along the Pusteria/Pustertal valley have seen the largest increase in rail passengers in all of South Tyrol. Train journeys on this railway line have almost tripled in the last 10 years and now amount to more than 2 million annually. With up to 50,000 ticket check-ins per month or an average of 1,700 per day, Brunico/Bruneck train station ranks fourth in terms of passenger numbers after Bolzano/Bozen, Merano/Meran and Bressanone/Brixen.

The station square is also the key point of intersection for several very popular bus routes, including line 450 to and from the Aurina/Ahrntal valley – which, with almost 1.8 million ticket check-ins per year, is the most frequently used regional bus in all of South Tyrol.

While the construction works are under way, the bus stops outside the railway station will temporarily move to new locations that may change as the works progress. Maps explaining how to locate your bus stop can be found all around the construction site and at the provisional stops themselves.