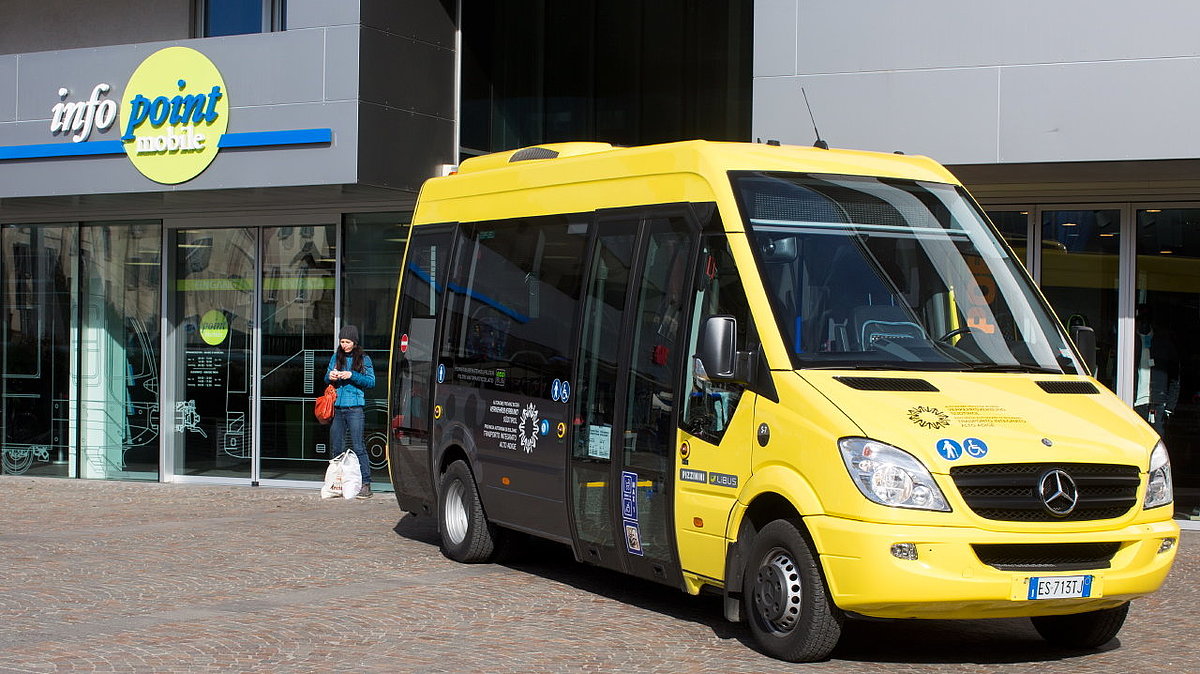 Building on a solid success story

From Monday 7 September 2020, the Bressanone/Brixen Citybus will shine in a whole new light: Just in time for the start of school, we have introduced a series of measures to meet the growing demand, increase capacity and fulfil a number of passenger wishes.

Did you know? Timetables can be pretty flexible: Before launching the new concept, we took our users' feedback to heart and immediately "fine-tuned" several bits and pieces. Here are the most important improvements and changes at a glance:

With more than 500,000 passengers per year, the 320.1 service is the most frequently used city bus in Bressanone/Brixen, and we will continue to expand and improve it. From Monday to Friday, the buses will now run every 15 minutes. On Saturdays and to some extent also on Sundays and public holidays, they will be available every half hour. In the evenings, the service will be extended to run until 22.35. From Millan/Milland, there will be alternating half-hourly services to Albes/Albeins and Zeffer.
320.1 timetable update: An addition to the timetable means that the first early-morning service will depart from the station in Varna/Vahrn at 5:58 instead of at 6:28. Please note that this change is not yet featured in the printed timetables.

320.2 services will run from Varna/Vahrn to Millan/Milland. From Millan/Milland, there will be alternating hourly services to Castellano/Köstlan and Via Wolkenstein/Wolkensteinstraße. The new addition: Varna/Vahrn and Novacella/Neustift will now be connected in both directions. In Varna/Vahrn, the service will end at Boschetto dei Castagneti/Kastanienwaldele, where a new bus stop will be set up. To save time, the service will no longer stop at Bressanone/Brixen station. Instead, line 1 will now run to and from the station every 15 minutes. Starting from spring 2021, Citybus services will also stop at the cemetery in Millan/Milland.
320.2 timetable update: A change to the timetable means that the third early-morning service will depart eight minutes earlier, i.e. at 6:57 instead of at 7:05 from Varna/Vahrn. Please note that this change is not yet featured in the printed timetables.

The 320.3 service will be split into two lines:

The Bressanone/Brixen Citybus services were introduced in autumn 2005. Since then, they have continued along a non-stop road to success: With a total of more than one million passengers per year, they are now the most frequently used Citybus route in all of South Tyrol – and we strive to continuously expand and improve this key service.