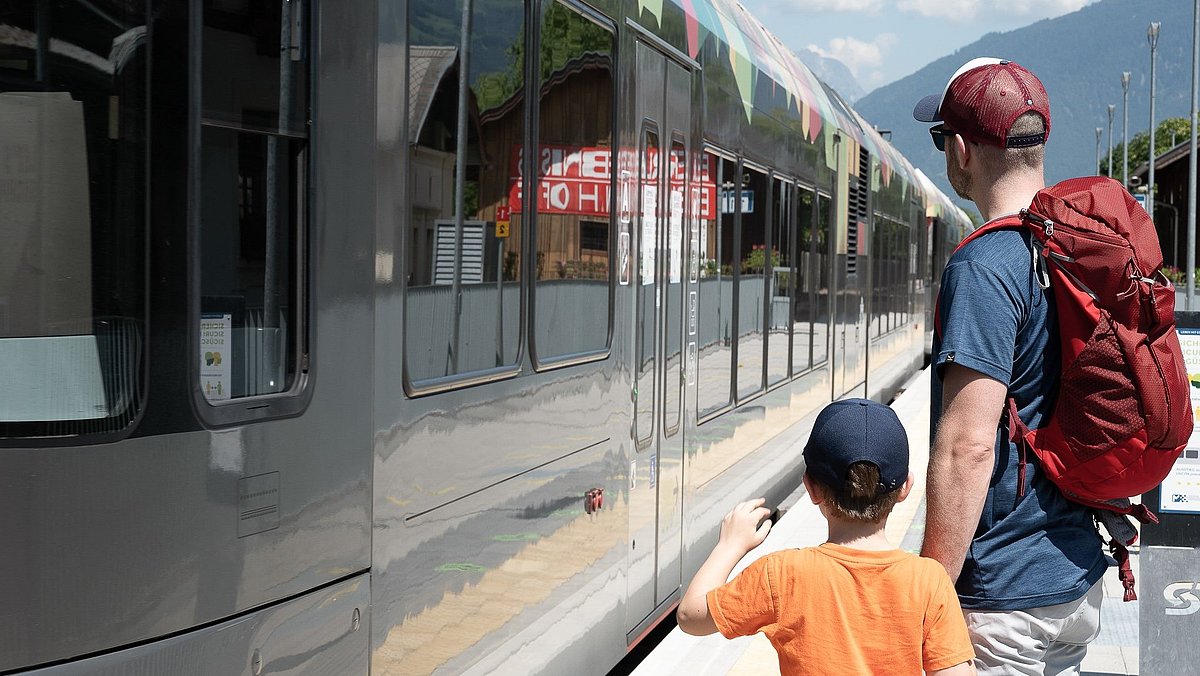 Planning a day trip to Tyrol or Trentino with your family or friends? For a whole day’s worth of eco-friendly travel throughout the Euregio network, be sure to pick up a Euregio 2 Plus ticket – at the price of EUR 39 for two adults and three children.

Why travel far and wide? There is so much at our doorstep that can easily be explored without a car – especially in summer. Euregio 2 Plus day passes are valid on all means of public transport in South Tyrol, Trentino and Tyrol. They’re perfect for groups of up to five with a maximum of two adults and three children under the age of 15. And because they are not family tickets, they can be used by passengers who are not related.

In South Tyrol, Euregio 2 Plus day passes are valid on regional trains, Citybus, urban and regional bus services within the südtirolmobil network, on cable-car services to Renon/Ritten, on the Mendola/Mendel funicular and on the Renon/Ritten light railway.

In Trentino, the passes can be used on bus services run by Trentino Trasporti, on all regional trains to and from Borghetto, between Trento and Malè as well as Trento and Primolano (Valsugana) and on cable car services from Trento to Sardagna.

When used for travelling within South Tyrol, all Euregio 2 Plus tickets must be validated with a simple check-in at the start of each journey. In Tyrol and Trentino, it is enough to show them at the ticket inspector’s request.

Please note that Euregio 2 Plus tickets cannot be used on long-distance or high-speed rail services, on trains with special bicycle carriages running between San Candido/Innichen and Lienz and on Bikebus services in the Valsugana valley and between Trento and Malè. They are also not valid on cable-car journeys to Colle/Kohlern, Meltina/Mölten, Verano/Vöran and Maranza/Meransen and on tourist bus services. On the 273 cross-border bus service, they can be used anywhere along the route Malles/Mals – Nauders – Martina. And on the 811 cross-border bus service, they are valid between Malles/Mals and the Swiss border at Müstair.