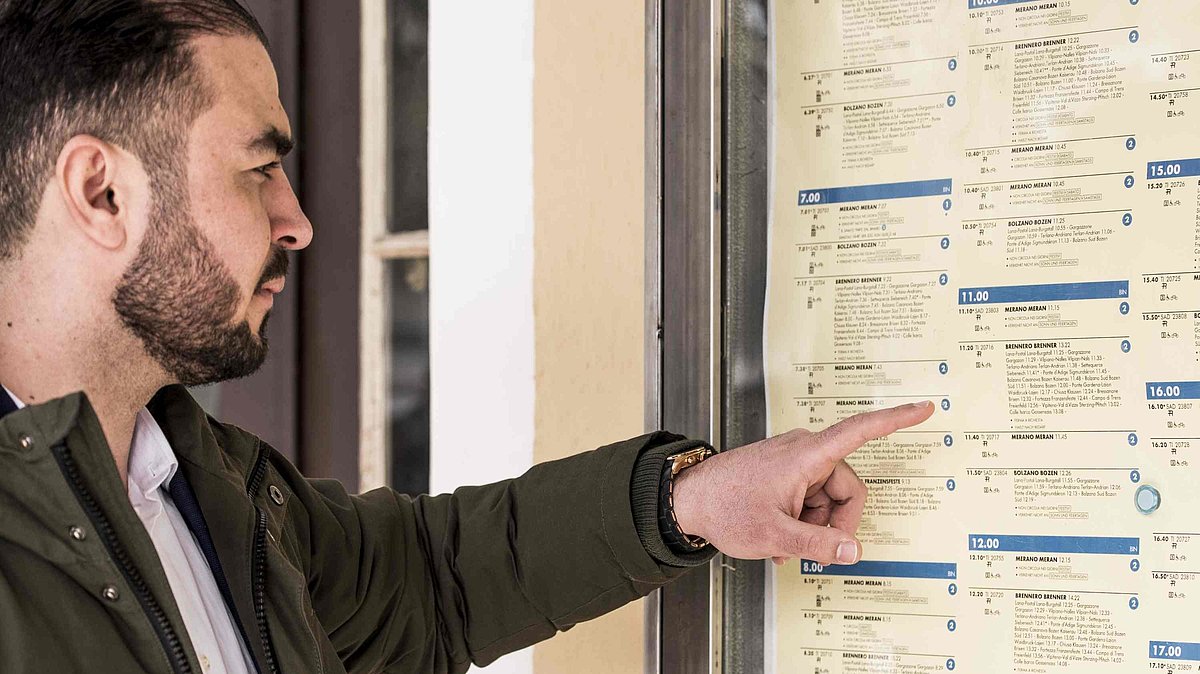 Send us your suggestions about our bus and train timetables

It’s time for our annual round of feedback: We’d like to hear your ideas and suggestions on how to improve our bus and train departure times. Which is why, from 1 to 15 May, all passengers can submit their requests for changes or general feedback regarding our current timetables at the following e-mail address: 2022@suedtirolmobil.info.

In a bid to give passengers the opportunity to help shape the timetables of some 230 bus routes and train lines throughout South Tyrol, to check how user-friendly the current departure times and connections are and to identify any inconsistencies or potential for improvement, last year the provincial government launched its very first direct citizen participation initiative to jointly fine-tune the design of public transport timetables – and what a success it turned out to be: The South Tyrol Department of Passenger Transport received around 400 e-mails containing suggestions on a number of bus routes and rail lines, many of which have since been incorporated into the system. On top of that, as envisaged in the provincial government’s mobility plan, a whole series of bus connections have since been added.

Unlike last year, however, this time it won’t be possible to review the timetables scheduled for the future: Instead, only the currently applicable ones will be up for scrutiny, as the upcoming re-commissioning of extra-urban bus services will see part of the bus system be restructured.

While we ask our users to kindly keep in mind that amendments to train timetables typically require considerable time, meaning that they can only be implemented in the medium term, rest assured that we will once more carefully study all of this year’s suggestions and integrate all viable requests into our future timetable planning efforts.