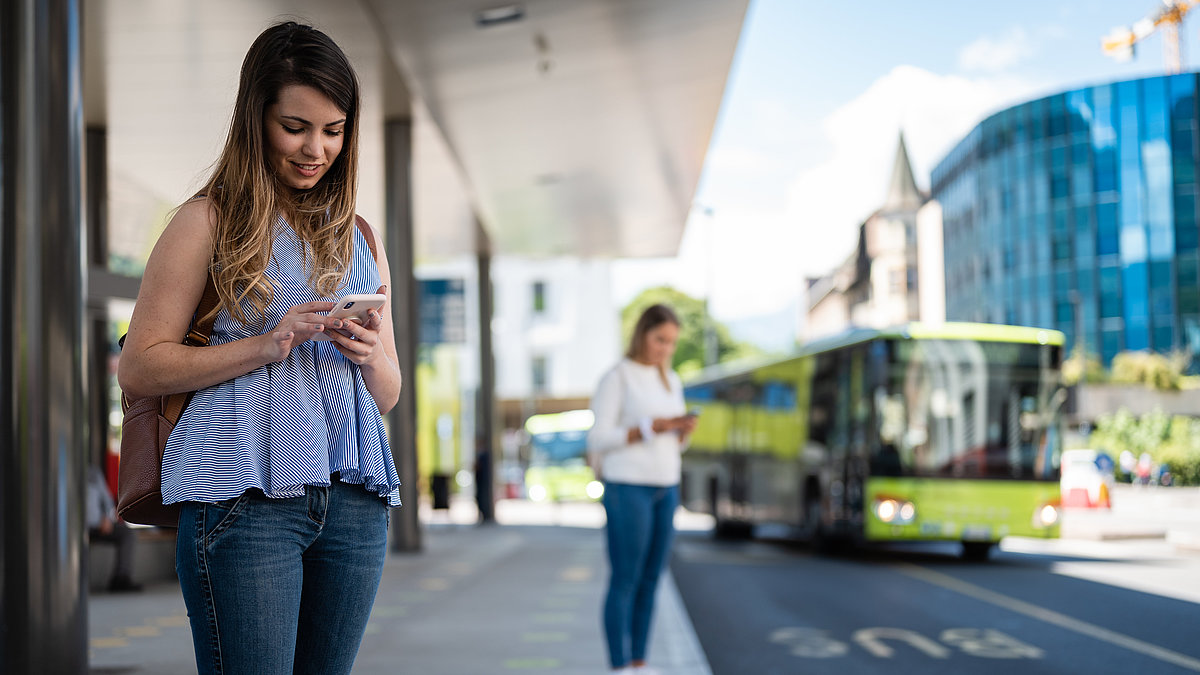 School transport in times of Covid-19

Off to a largely successful start, with improvements under way

Mostly successful, with some key improvements already on the way – that's the verdict for school transport one week after pupils and students have returned to school against the backdrop of Covid-19. Together with the schools, the Department of Passenger Transport (Ufficio Trasporto persone/Landesamt für Personenverkehr), has taken organisational precautions, and until further notice, passengers of all ages will continue to be required to wear a mask, keep their distance and wash their hands regularly and thoroughly.

With staggered admission, part of the lessons taking place online and the use of additional buses on many routes, the number of passengers at peak times has been well distributed and somewhat reduced, ensuring that overcrowding can be prevented as far as possible. Since the very first day of school on 7 September, additional buses have been made available for "critical times" or on specific days. These include the bus routes 182 and 185 serving Prato all'Isarco/Blumau, Collepietra/Steinegg and Tires/Tiers, bus no. 211 Marlengo/Marling – Lagundo/Algund, bus no. 241 Plata/Platt – S. Leonardo/St. Leonhard, bus no. 325 Luson/Lüsen – Bressanone/Brixen, bus no. 331 Chiusa/Klausen – Val di Funes/Villnöss, bus no. 350 serving Roncadizza/Runggaditsch, Selva Gardena/Wolkenstein and Ponte Gardena/Waidbruck – Ortisei/St. Ulrich, bus no. 351 Chiusa/Klausen – Laion/Lajen, bus no. 401 Bressanone/Brixen – Rio di Pusteria/Mühlbach as well as bus no. 460 between Badia/Abtei and La Villa/Stern.

Over the course of the last few days, additional means and adaptations have also been introduced on the bus routes 201 Merano/Meran – Bolzano/Bozen and 110 Laives/Leifers – Bolzano/Bozen to meet the new requirements. On a range of other bus routes, passenger numbers are being analysed to ensure a swift increase in capacity if necessary and as far as possible given the available resources.

For some rural areas and for those travelling by train in the Val Venosta/Vinschgau valley in particular, the Department of Passenger Transport is striving to optimise coordination with schools to bring the staggered admission times more in line with the frequency of public transport.

On the remaining train lines, passenger volumes have so far been well distributed, which suggests that the reorganisation of school hours, particularly in secondary schools, appears to be proving effective.