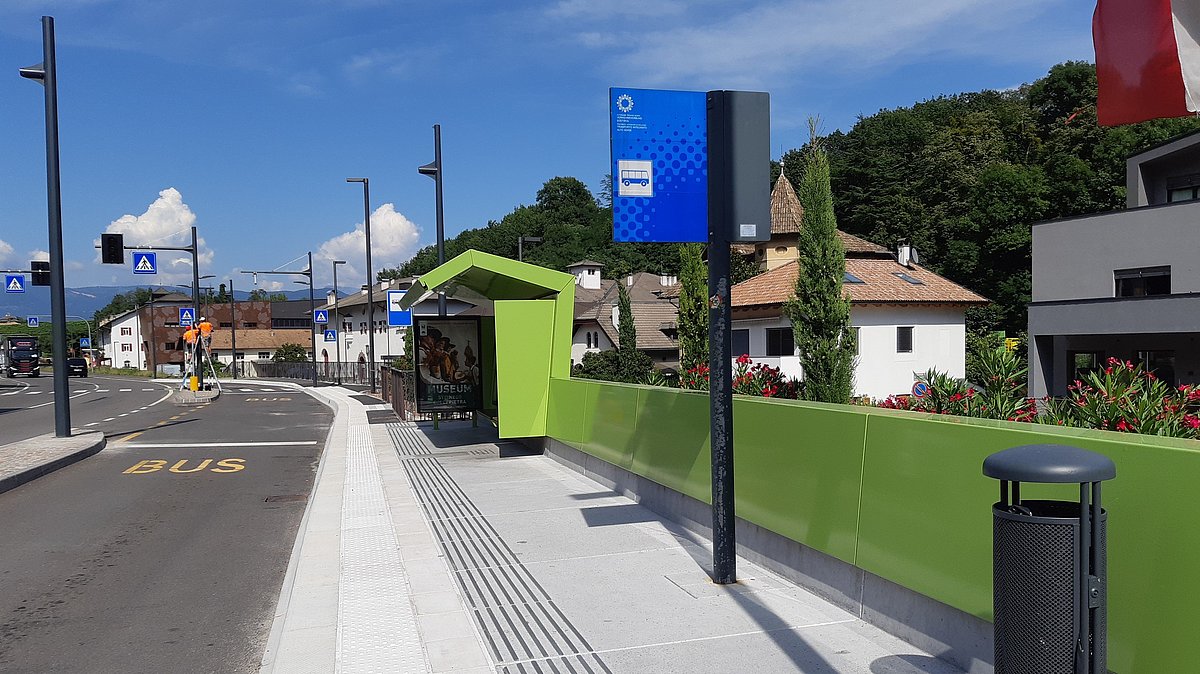 New traffic lights systems in use from 22 November

Clear priority for public mobility: On Monday 22 November 2021, the new traffic lights dotting the Metrobus route in Oltradige/Überetsch will be put into permanent operation.

After a technical trial phase, it’s now time to go live – with yet another core element of the Metrobus concept: the new traffic lights in Caldaro/Kaltern and Appiano/Eppan. With this step, “public mobility will be given the right of way over private transport on a major scale,” as South Tyrol Minister for Mobility Daniel Alfreider explained. For passengers, this will translate into much more travelling comfort when using public transport and significantly shorter journey times – especially during rush hour. “Together with a close-knit schedule of bus connections, the redesign of commuter car parks in Caldaro/Kaltern, a series of preferential lanes and new stopping bays, we’ve now successfully created an even greater incentive for people to leave their car at home and switch to public transport,” Alfreider continued.

The new traffic lights have been installed at a total of five bus stops: In Appiano/Eppan, they can be found at the road junction going towards San Paolo/St. Pauls, at the train station and at Ganda di Sotto/Untere Gand. In Caldaro/Kaltern, they are located at Pianizza di Sotto/Unterplanitzing. The system ensures that buses can exit the stopping bays directly and without any loss of time as soon as the lights turn green, while the road traffic is required to stop. In addition, they afford an increased focus on passenger safety during boarding and alighting.

Ahead of the launch, the Minister also repeated his appeal for all road users to be extra vigilant, adding: “Once the traffic lights are in full operation, we’re entering a new phase that clearly promotes public mobility – with the concrete aim of significantly reducing the volume of road traffic between Bolzano/Bozen and the Oltradige/Überetsch region. And the Metrobus concept is all set to become a flagship model that may very well inspire other places, too.”