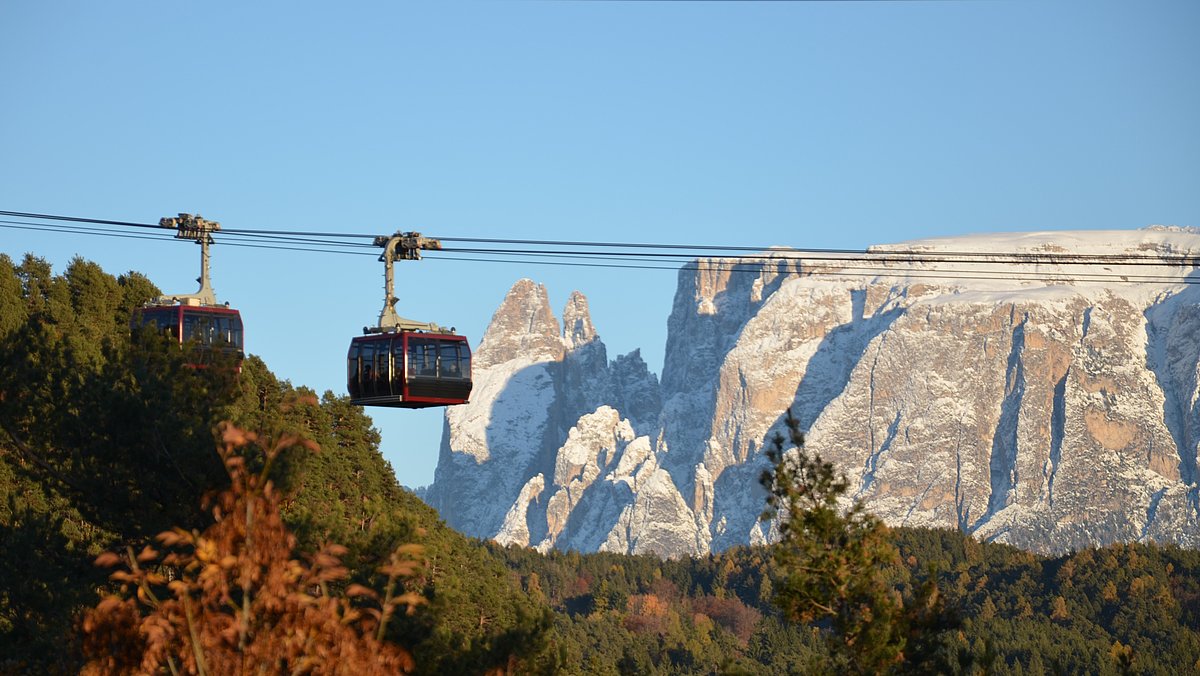 Crowd magnet to get a thorough check-up

Maintenance and inspection works on the Renon/Ritten cable-car

As every year in November, the Renon/Ritten cable-car will remain temporarily closed whilst the legally required regular maintenance and inspection works are being carried out. All cable-car services will therefore be suspended from Monday 7 November to all of Tuesday 22 November.

The 161B replacement bus service will run almost continuously at every hour between Soprabolzano/Oberbozen and the cable-car valley station. The first bus will depart from Soprabolzano/Oberbozen at 06:45 in the morning on weekdays and the last one at 21:20 in the evening. The last service to depart from the cable-car valley station in Bolzano/Bozen will leave at 20:35 in the evening and call at Collalbo/Klobenstein. For journeys between Bolzano/Bozen and other destinations on the plateau of Renon/Ritten, passengers can of course also use the 165 service, which will continue running as usual.

During the maintenance works, the Renon/Ritten light railway will operate on a reduced timetable, with services running every hour. Last departure from Collalbo/Klobenstein: 20:08; from Soprabolzano/Oberbozen: 20:36.

It’s probably a well-deserved little break for the Renon/Ritten cable-car: So big were the crowds of the last few weeks that they even caused quite a stir on social media.

After the Covid-related restrictions of the last two years, this summer once again saw peak passenger numbers recorded: In August alone, the cable-car carried some 145,000 passengers. In July, September and October, numbers peaked at around 130,000 passengers each month. The record days were 15 and 23 August with almost 4,800 check-ins each – in short, the 1 million mark looks all set to be broken again this year.

And after a whopping 115 years of service, the picturesque Renon/Ritten light railway is still very much in fashion, too: This August, almost 100,000 passengers used the narrow-gauge railway for a trip across the quaint plateau, and more than 80,000 passengers each were recorded in the months of July, September and October.