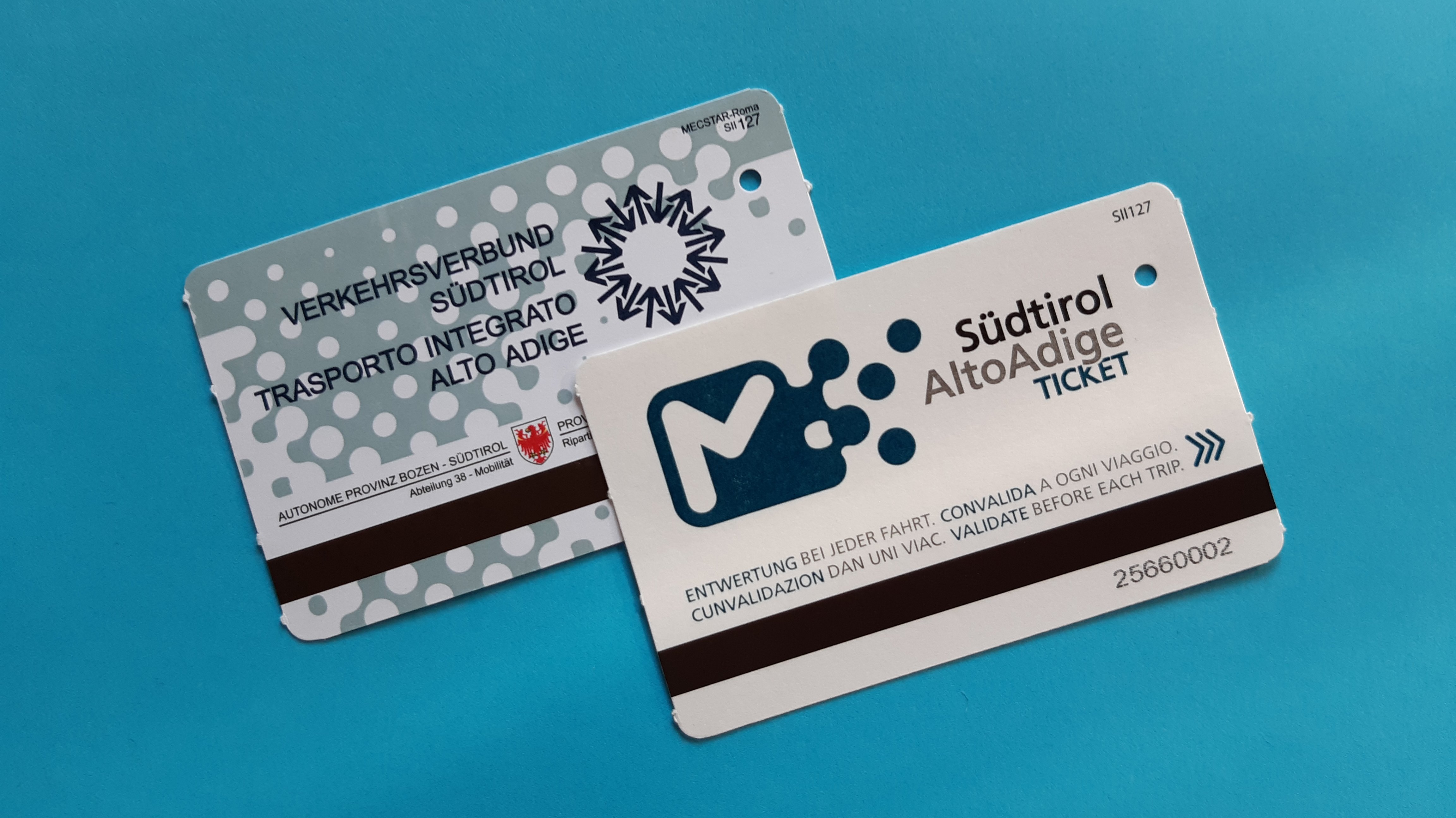 M for mobility: rolling the brand-new logo further out into the network

If you're buying a single ticket, a pre-paid card, an Euregio 2 plus day pass or a day pass for transporting a bicycle these days, you're in for a surprise: We've given them a makeover! With their simple, sleek hues of blue and white, the tickets now unmistakably reflect the new and consistent design of public mobility in South Tyrol.

Südtirol Takt, Südtirol Bahn, Südtirol Pass – those were the major public transport milestones in recent years. The latest breakthrough has now opened up a whole new dimension: The brand "M – südtirolmobil" unites all aspects of public mobility in South Tyrol and the environmentally friendly offers and services connected to it under one big roof. The brand is owned by the Autonomous Province of Bolzano/Bozen-South Tyrol and managed by STA (Strutture Trasporto Alto Adige SpA/Südtiroler Transportstrukturen AG), an in-house company of the provincial government.

In a bid that replaces all previous public transport networks in South Tyrol, "M – südtirolmobil" now lends a whole new, standardised look to public mobility in the entire province: The new logo will now gradually be applied to all buses, trains, vending machines, timetables, leaflets and other publications. While a number of tickets including Südtirol Pass, abo+ and Mobilcard tickets have already worn their new clothes for quite some time, now it's time for the rest to follow suit. After all, no less than three million such tickets are issued in South Tyrol every year.

From now on, ticket vending machines will no longer issue grey-and-white single tickets, pre-paid cards, day passes for transporting bikes, tickets for urban buses or Mobilcards with the now retired logos of the former transport networks, but instead you'll be presented with a brand-new, streamlined white-blue ticket with the easily recognisable "M", which stands for public mobility in all of South Tyrol.
For the time being, these tickets will still be issued in the form of magnetic stripe cards – but the next few years will see the introduction of many more contactless systems and innovative, flexible ways to validate tickets and check in.